Chef Nate Appleman’s passion for the culinary arts has taken him to some amazing places. He was named the James Beard Foundation Rising Star Chef early in his career and he took home top honors on the TV reality show Chopped: All-Stars edition and has been a regular on the Food Network over the years. Interestingly, he also was a lead player in national restaurant chain Chipotle’s efforts to enhance their menu offerings a few years ago.

When Nate’s son Oliver was diagnosed with Kawasaki disease at the age of 2, a new passion was ignited for advocating for the Kawasaki disease patient community and also the wider community of patients who rely on plasma-based therapies to stay alive. 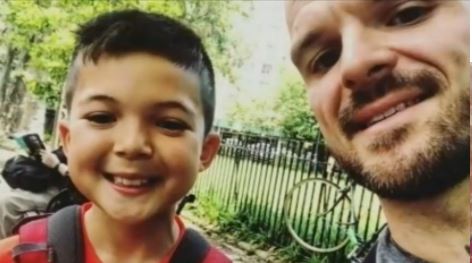 Kawasaki disease causes swelling in the vascular system and Oliver’s onset of symptoms included a frightening combination of high fevers, sudden rashes, and swelling of the tongue that required several urgent trips to the emergency room before a definitive diagnosis was made. Several rounds of plasma-based therapies cured the Kawasaki disease, but Oliver was left with a heart condition he continues to live with to this day.

Before Oliver’s diagnosis, Nate had heard about plasma donation, but wasn’t aware of the specifics. After learning about the plasma-based therapies that Oliver and tens of thousands of other people across the country relied on, Nate was inspired to take action to increase plasma donation and supply levels.

“It is challenging to get the word out and influence people to donate plasma,” said Nate. “By using my connections in the media and the culinary world or just interpersonally with a circle of friends and family, I do everything I can to let people know about this opportunity to be a hero and save lives by donating plasma.”

Nate and his family have been concerned about reports of potential source plasma shortages during COVID.

“The prospect of shortages is very scary and I can’t imagine being told there was no medication for Oliver when he needed it most after his initial diagnosis,” said Nate. “It makes me want to work even harder to get the word out.”

Oliver is now 14 years old and is getting in on the act too, making several recent TV appearances to talk about plasma donation with his dad as part of their partnership with Abbott to boost plasma donor numbers.  Like most teens, Oliver is into gaming and has developed a real love for soccer, playing 3-4 times per week.

“It is amazing seeing him develop into a young adult and we are grateful he got the treatment he needed when he needed it,” said Nate. “We are intent on making sure other patients and families have the same opportunity.”

As part of his advocacy work, Nate and Oliver even developed a fun recipe for plasma donors that we can all remember and share:

Mix ingredients together – and potentially save somebody’s life.

Donate plasma. Be a hero. Locate a plasma donation center near you.